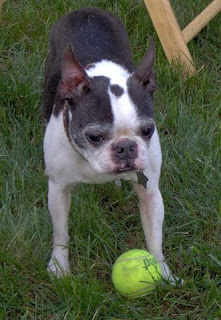 Milo came into my life after a lot of research looking at many favorite breeds. I wanted someone small and smart, lively and spry. Milo fit the bill to a T. Right from the start he was different. A gentleman and a lion hearted hero. He fit right in and stole our hearts. We took him with us everywhere, whether or not dogs were allowed. After all, Milo was no ordinary dog...he stayed at some of the best hotels in the West, greeting all he met with a warm smile and eliciting a pat on the bum.

As the years went by, it became more clear that I didn't do my health research as thoroughly as I should have. Milo had a host of heartbreaking health issues that became very, very hard on him towards the end of his short life. He was allergic to many things, so I rotated his food frequently and made sure he got his allergy medications during the highest of pollen seasons. He never could eat pork or chicken without breaking out in a terrible, itchy rash.

Over the years, his back got steadily worse, with the his vet calling him Wonder Dog because he was still so spry and energetic though he clearly had serious compression of discs and some fusion going on constantly in his spine. The vet indicated that some dogs in better shape than him were already completely paralyzed. As long as we were careful, he lived very, very well. We had to limit his play time for his own good. His motto was NEVER GIVE UP! And he never complained. After more time, he couldn't jump up on the bed anymore to sleep with me. We lifted him gingerly each time he wanted up.

Milo had a great "sixth sense" for pain and trouble. Maybe because of his own condition. He would have made a fabulous therapy dog, as he liked to stay close to and comfort those in need. He would even lay by the crib when the kids were sick, or if one us wasn't well. He enjoyed his days in rehab by the side of a good friend of mine who had had a stroke. Because of his allergies, I opted not to have him trained in therapy because I just knew all of the wonderful people he would come into contact with wouldn't be able to resist sneaking him a treat that would do more harm than good.

Milo also had a special radar for cheese. He even knew how to spell it. I would sneak down to the kitchen in the night for a cheese snack when everyone was fast asleep, creeping as quietly as I could, take the "food in question" of the refrigerator quietly, slice off a piece, and look around in time to see him sitting quietly behind me, waiting his turn. Fortunately, this didn't affect him adversely.

I still see him laying in a sunny spot in the bedroom at times, snoring gently. I miss him terribly. He was an incredible little man who can never be replaced.

Please, please, do your health research with the breeder you choose; ask lots of questions and BE PATIENT. It is heartbreaking to see someone you love struggle with health issues that cause them pain. Milo died peacefully in his sleep on June 17th, 2005. We will never know exactly why. I guess it is because his soul burned so bright for others, the fire had to go out at some point to give him peace from the constant pain. He had just celebrated his 10th birthday on May 7th. 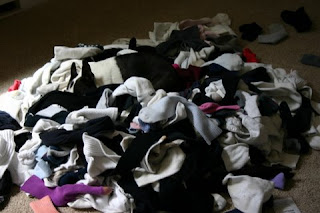 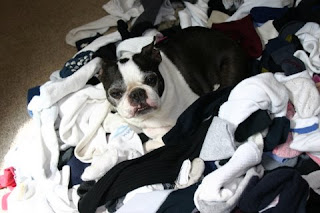 Posted by Dr Jeannie at 8:42 AM 3 comments: Links to this post